Breeding From Your Cat - Going Out To Stud - Siamese Cat Breeder

Breeding From Your Cat – Going Out To Stud

If you are considering breeding from your cat then you will need to know what is involved when going out to stud. This article covers all the bases. 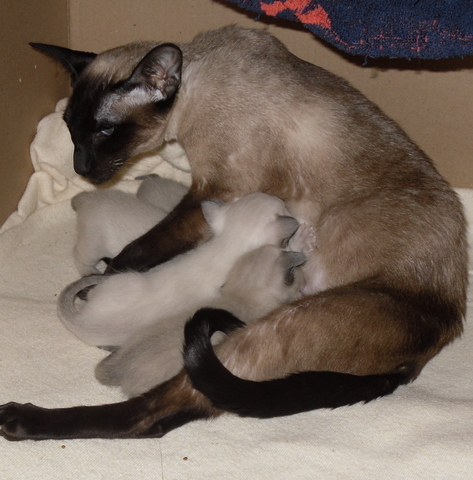 After much thought and preparation you have decided to breed cats. You have carefully considered the cost and the work that will be involved. You have visited cat shows, chatted to breeders and researched the standard of points for your breed. It wasn’t easy but you found your perfect queen and were trusted with her on the active register. You have probably tried a couple of cat shows for yourself and decided to invest in a pair of earplugs after experiencing your queen’s first call. Now she is ready to have kittens of her own.

For those of you who are new to breeding cats it can be a daunting thought taking your precious queen out to stud for the first time. As a first time breeder you will not have your own stud cat so will need to find a suitable stud for your queen. So how can you go about finding a suitable stud cat?

How to Find a Suitable Stud Cat

The first thing that you should do is contact the breeder of your queen. Hopefully as an experienced breeder themselves they should be able to advise you on where and how to find a good stud cat that matches your queen. It is possible that they have a suitable stud cat, or they may have friends in the cat fancy that would allow your queen in to visit their stud cat.

By now you have probably attended a number of cat shows and have no doubt made a few friends along the way. Whilst you are at cat shows make yourself known and ask around for any suitable matches for your cat. At a cat show you will possibly have the opportunity to assess the stud cat himself if he is attending the show you are at.

Another excellent resource is the internet. There are many adverts online and many breeders’ websites that advertise their cats at open stud. Contact those breeders via email or telephone to enquire about using their stud cat. Remember though, when visiting breeders’ websites their stud cats will either be advertised as at ‘Open Stud’, ‘Private Stud’ or ‘Closed Stud’.

Open Stud – means that the breeder is accepting suitable visiting queens. Contact the breeder for their restrictions and requirements.

Closed Stud – means that the stud cat is solely for the use of the breeder. Do not contact the breeder asking if your queen may come into stud. 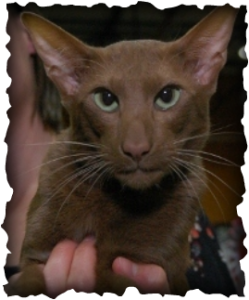 By now you have probably found a number of stud cats that you think may be suitable matches for your queen. When choosing your stud cat there are a number of thing to keep in mind.

It is important to consider that taking your inexperienced queen to the vets for the necessary blood tests and then travelling with her to meet the stud cat can be quite stressful for her. Sometimes this means that she may ‘go off call’, that is to say she may no longer be in season when you arrive with her at the breeder’s home. Do not be too disappointed if you have to travel to pick your queen up after finding out that she hid herself away in the litter box with not so much as a sniff from the stud cat! Due to this it is probably a good idea to choose a stud cat that is not too far away. She can visit the perfect stud cat that lives halfway across the country once she is an experienced queen.

No cat is perfect; but the stud cat’s good points should far outweigh his bad points. And he ought not to have any withholding faults (standard of points) that would prevent him from being shown. You should choose the best stud cat that you can.

One final thing to consider is whether you will be able to sell his kittens. This is important as some colours of kitten are more popular to pet owners than others and would therefore be easier to sell. An experienced stud owner should be able to tell you what colours you can expect from the mating. As a first time breeder you probably don’t have a list of people waiting to buy your kittens so it would be wise to consider breeding kittens that are easier to sell.

You have finally found the stud cat that you wish your queen to visit. He has been shown and has done quite well on the show bench. He compliments your queen nicely and as an added bonus he is not too far away. So what should you make sure of before you arrange for your queen to visit him.

The stud cat needs to be registered in the breeder’s name and on the active register. He should also have had a copy of his ‘Certificate of Entirety’, signed by a vet, lodged with the Governing Council of the Cat Fancy. If he does not have these things then his kittens will not be eligible for registering with the GCCF.

Ask the stud owner if the cat is an experienced, proven stud. That is, has he already produced litters of healthy kittens that have been registered with the GCCF? If he has, then you know that you will have no problems when it comes to registering his kittens.

Ensure that the stud cat is fully vaccinated up-to-date and that he has been blood tested negative for FeLV and FIV. 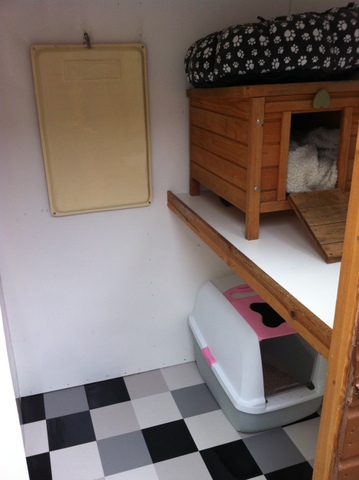 If possible arrange with the breeder to visit the stud cat in his accommodation before you take your queen into stud. Take note of whether his quarters are clean and comfortable. Would you be happy to leave your queen there and in the care of the breeder?

Is the stud cat friendly, particularly with the breeder, and does he appear to be happy and healthy? You may have seen the cat at a show but that does not always show a true representation of his character and temperament. And of course, seeing a cat at a show is no substitute for seeing him in his own environment and observing the way he is kept.

Now is also a good time to discuss any restrictions on the resulting kittens as well as any conditions. Many maiden queens do not get pregnant on their first visit to a stud cat and most stud owners will accept a queen back free of charge for a second mating. Some stud owners may even offer a free mating if no live kittens result from the mating and may offer to accept queens back until they raise successful litters. Each stud owner has different conditions so make sure you discuss this now.

Most stud owners also impose certain restrictions on the resulting kittens. For instance, it is quite usual to allow breeders to register their female kittens on the active register but not any resulting male kittens. Some breeders only allow one female kitten to be registered on the active register, whereas occasionally some allow none at all. Now is the time to discuss any restrictions to avoid any future disappointment or misunderstanding.

What to Expect When Going Out to Stud

Now that you have chosen the stud cat that you wish to use and arranged the liaison with his owner, you just need to wait for your queen to come into call. You should not take the queen on the first day of her call; rather you should wait until she is ready to accept the advances of the male. Contact the breeder and let them know that your queen is coming into season. You will know she is ready to take to the stud when you scratch her lower back at the base of her tail and she ‘presents’ her bum to you, moves her tail to one side and paddles her back legs. 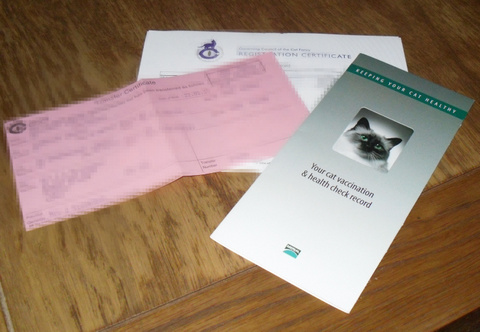 Now you need to contact the breeder to let them know that your queen is ready and arrange to bring her in. You will also need to get her blood tested at the vets for FeLV/FIV. This will need to be an in-house snap test so that you can get the results straight away. This is very important as this helps stop the spread of diseases between cats. When your results come back negative make sure you that you bring this paper with you to the breeders’ home.

Your queen should be in good health and should be fully up-to-date with her vaccinations at the time of call. She must also be on the active register with the GCCF and you will need to prove this with her registration certificate.

Remember to Take Your Cats Paperwork

When you arrive at the breeder’s house with your queen you will need to show all her documentation. Make sure that you request to see a copy of the stud’s paperwork to make sure that all is in order. A good stud owner will not be offended. After all you wish to protect your queen’s interests as much as they wish to protect their stud cat.

The breeder will probably put your queen out with their stud, leaving your queen in her cat carrier to allow her stud cat to get used to the scent of your queen.

Now your part is done, you just need to await news from the stud owner that mating has been successful. In 2 or 3 days time you need to take the journey again to pick up your queen.

When you pay the stud owner, they should provide you with the following important documentation some of which you will need to be able to register any kittens:

Your queen may still feel as though she is in call when she comes home but this should quickly subside. Introduce her carefully back with your cats at home as she will smell of the stud cat. Within a day or so everyone should be back to normal.

Congratulations! Hopefully, in approximately 9 weeks time you will have your first litter of kittens. If your queen does not fall pregnant then you will have to repeat the process again. But hopefully none of this will be necessary.

Tina is Siamese and Oriental cat breeder and regular contributor to Siamese Cat Breeder. Breeding and showing her cats and kittens under the prefix Mullsi, Tina can often be found at Cat Shows.

How to Make Your Own Cat Show Drapes For The Supreme

10 Questions to Ask Yourself Before Becoming a Cat Breeder