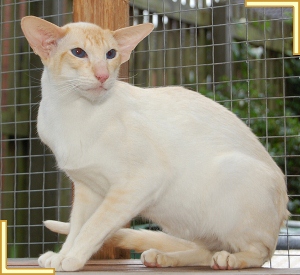 Ways to Keep a Stud Cat:

Outdoors – An outdoor stud cat will have his own enclosure outside of the house, with his own insulated, heated compartment. As 99% of stud cats will spray urine around their territory this type of housing is usually the norm given that otherwise your house would stink thanks to him. This also prevents any accidental matings with your queens in the house as he is completely separated from them. Of course, keeping a stud cat this way means that he is not part of day to day life in the home and extra effort is needed on your part to spend time with him and enrich his life. 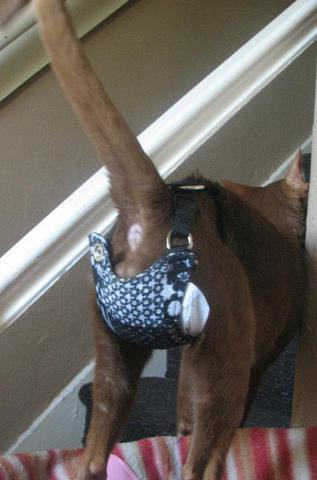 Indoors – A small number of cat breeders do successfully manage to keep their stud cats in the house with them. And these are not just the lucky ones whose stud cat never figured out how to spray urine. Many of these breeders have purchased stud pants for their cats and have spare rooms within the house where their stud cat can live without the risk of him mating any of the queens who come into call. These cats still need one on one attention as it is not responsible cat breeding for them to have the run of the house at all times. So much thought still needs to go into his happiness.

Half and half – An excellent way to enrich an outdoor stud cat’s life is to allow him supervised time inside the house. Many breeders have made this part of their daily routine and this means that he can spend time inside with the family and enjoy your company. He will, of course, need to wear his stud pants unless like me you have that rare breed of working stud cat that has never felt the need to spray and make his territory as stinky as possible.

There are many things you can do to make your stud cats enclosure more interesting for when you are not around to play with him. It is important that his enclosure doesn’t just include the essential things he needs to live, i.e: a litter tray, food and water and a comfortable bed. A boring enclosure will result in a bored stud cat, and a bored stud cat is an unhappy stud cat. Be imaginative and be creative. Think of ways you can make his run an interesting place for him to play and not just a place for him to stretch his legs and breath fresh air. Try some of the following suggestions:

Of course, all of the above is no substitute for human company. Your time is very important to him and he needs far more from you than just a clean litter tray, food, water and a warm bed at night. He needs you. He needs your time and your love and attention. This is the most important thing that you can give to your stud cat. At least an hour a day should be spent with him, playing ‘fetch’ with him, talking to him and cuddling him. For clarity I want to say again – this is probably the single most important factor in keeping a stud cat happy.

Allowing your stud cat time inside as part of your routine can help make this easier. Of course this is not always possible so in this case you are going to have to spend the time outside with him. If you haven’t got the time for this then a stud cat isn’t for you.

Even when a breeder manages to keep their stud cat indoors, they still need an enriching environment and most importantly time with you. The needs of an indoor stud cat are similar to those that live outdoors. Toys and activity centres are essential to your stud cat’s happiness and can help prevent him from becoming bored. It is important that he has a room of his own as stud cats can be highly territorial and having an entire male running free in the household is not responsible cat breeding. 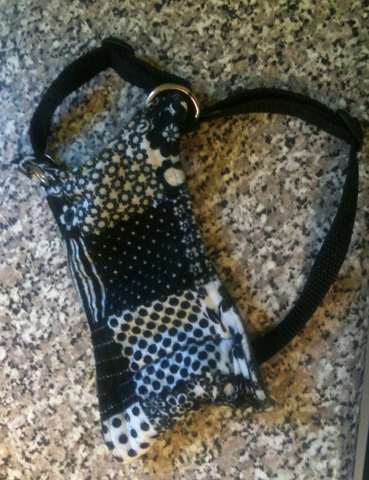 Most owners of indoor stud cats, and those that allow their stud cat daily time indoors with them, make their stud cat wear stud pants. These are almost like boxers for cats and can help prevent everything your stud cat walks past being piddled on. They can also help prevent accidental matings but they are no substitute for being vigilant as where there’s a will(y) there’s a way!

They are easy to put on and most stud cats accept them very quickly. The best types to buy are the ones that do not cover the whole of the stud cats behind, that way he can still use the litter tray if he needs to. The stud pants strap on around his belly with the tail strap looping around his tail, through the D-ring on the belly strap and fastening together holding the pants in place. These pants are a fantastic way of allowing your stud cat a little more freedom to be in the house with you.

Consequences of an Unhappy Stud Cat

A stud cat that is left for hours on end without company, in a dull, boring run at the bottom of the garden will quickly become unhappy. Gradually his temperament will deteriorate as the hours, weeks and months of frustration and loneliness take their toll on him. Your once gentle, happy stud cat will eventually become difficult to handle and may even take out his frustration on you. He may become so unmanageable that he needs to be neutered as he has become a danger to you and others. And what becomes of an ill-tempered ex-stud cat? These cats are not easy to find homes for and neutering them does not always solve the behavioural problems.

Some unhappy stud cats may not become dangerous, but their loneliness and frustration can lead to them becoming ill and depressed. There is no need for your stud cat to become lonely and frustrated, as there are many things you can do to keep him happy.

As a final note: Do not underestimate the importance of spending time with your stud cat. He needs you more than he needs anything else so give him your time. Keeping your stud cat happy is one of the most rewarding things you can do.

Tina is Siamese and Oriental cat breeder and regular contributor to Siamese Cat Breeder. Breeding and showing her cats and kittens under the prefix Mullsi, Tina can often be found at Cat Shows.

How to Treat Cats With Fleas at Home